The history of the pearl

As far as age-old mysteries go, the discovery of the first pearl is one tale destined to stay an illusive secret.

Some believe primitive men on the search for sustenance opened oysters on the shores of the tropic seas, to find a glistening piece of nature inside. While other romantics say they were caused by dewdrops falling into the opened valves of a pearl oyster on a moonlit eve.

Whatever its inception, the story of the pearl is long and rich, with the exquisite gems of nature standing the test of time as a sought-after piece to call your own.

The pearl can be traced throughout history – from mentions in the Bible and the Koran, to being buried with the ancient Egyptians, used as a status symbol by royals throughout the Middle Ages, and collected and traded by indigenous Australians.

In Australia, pearling began in the 1880’s, with the mother of pearl shell initially used for buttons and ornaments. Rarely was a natural pearl in its true form found and used, yet when it was, the resulting piece was a cause for celebration.

On a commercial scale, pearl cultivation commenced in 1956, in Western Australia, within a remote, protected inlet around 480km north of Broome.

The world was amazed by the size, quality and beauty of the gems sourced from these waters, and this adoration for the South Sea pearl has only continued to grow.

With the introduction of this new pearl culture in Australia, pearls became more attainable across the world and cemented themselves as a symbol of elegance and sophistication for a wider market.

It is still in Broome – where the natural tones of the desert meet the turquoise Indian Ocean – that produces some of the most desirable pearls in the world.

Allure South Sea Pearls have dedicated their business to showcasing the South Sea pearl, so their customers can cherish their own piece of its rich history. Add some Allure to your inbox

The Long Road to Broome

The Long Road To Broome is one of those larger than life stories written by a man who has lived the kind of life every man aspires to but few achieve. 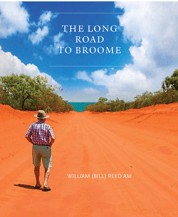 We use cookies to improve our site and your shopping experience. By browsing our site you accept this policy. You can change your cookies preferences in your browser settings.

Get some Allure in your inbox